The knitted Frilled Neck Lizard / dragon toy is finished - I really lurv this guy, he is quite a character :-) 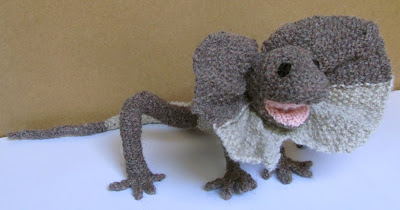 Even when he was being sewn up he was clowning about ... but some toys are like that! 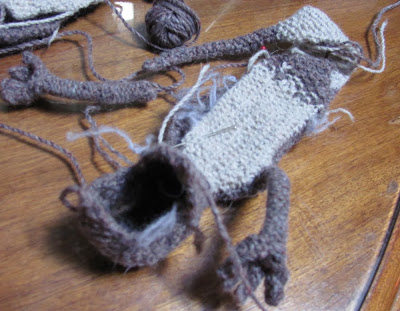 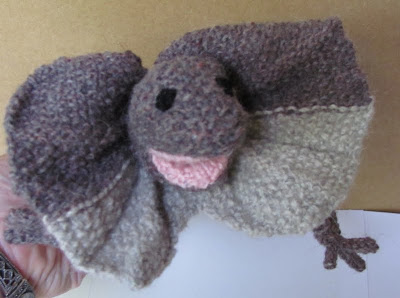 All the things you can do with yarn :-) and as Christmas is just around the corner ...
Some of the larger craft / sewing stores have cheap papier mache reindeer ... take one of those, some PVA glue, a thinish paintbrush for applying the glue and some nasty acrylic yarn + some time and some sewing pins to hold yarn in place while the glue dries ... 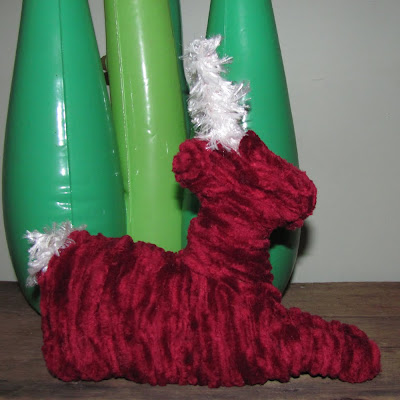 Gee, I'm really into the HANDicrafts ... 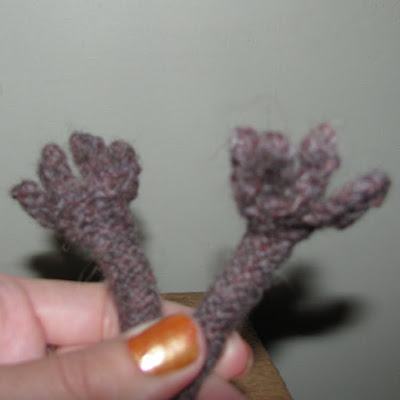 Those are some Lizard's Legs - front legs for the knitted Frilled Neck Lizard (see my previous post) he is now in the sewing-up stage.
And - I've been working on the mascot Dog Costume - I posted about the front paws last month. I've had a bit of help with the head - from a friend who made a quarter of the current NRL Team mascot costumes ...

First step is to mock up the head in card - this will become the pattern. I've yet to do the ears but it is looking dog-like :-) 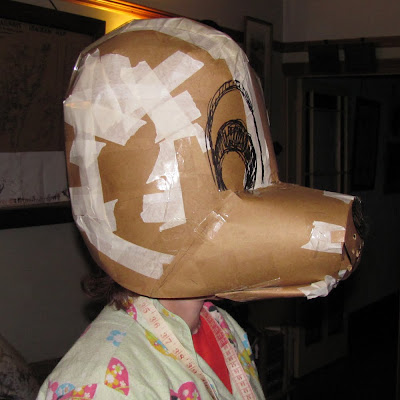 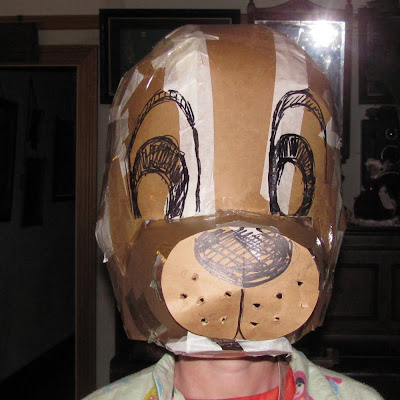 The Dromaius novaehollandiae (or Emu)

Is this a patented polishing cloth with very long legs? 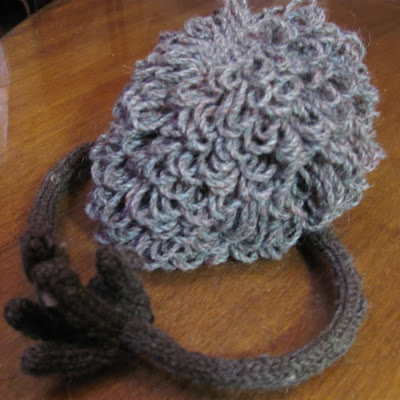 Or is it a knitted toy Emu saying,
"Could you please sew my head on now? Please..." 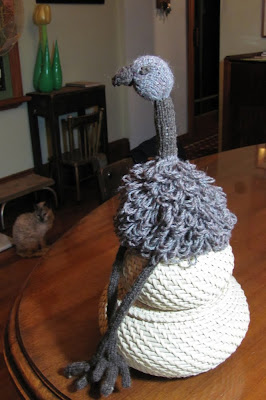 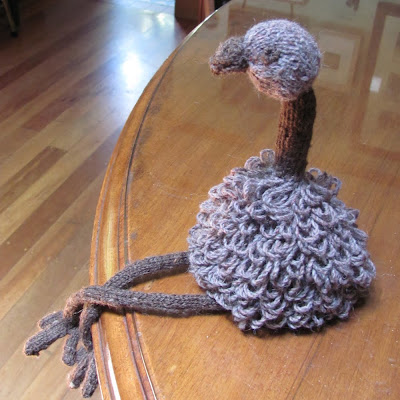 I think she is quite proud of her long legs! See the previous post for details of the pattern etc.
Posted by Lillian & Audrey at 15:43 No comments:

More of the alphabet project knitted toys ... and E is for Emu. Still in parts and awaiting a head: 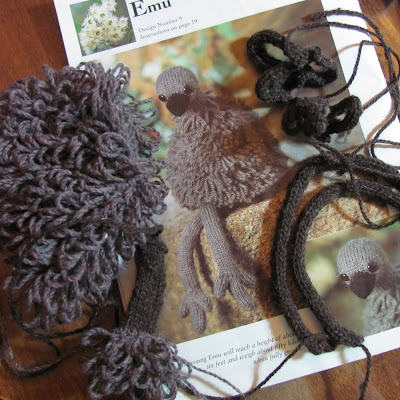 Like the Wombat for W - the Emu pattern is by Barbara Lennon from the Cleckheaton booklet "Wildlife in 8 ply" (out of print unfortunately). I'm using the same 8 ply yarn as for wombat and kangaroo - with some contrast naturally brown / undyed wool for the legs & feet ... I am adapting to make this emu about 1/2 the size of the original pattern and I've made the legs as Icords.

Now this project is for me :-) and yes, I have an embarrassing number of PHDs for myself (that's Project Half Done) when a project is for someone else I usually get it finished. But this pattern was irresistible - such a cute Military / NutCracker style jacket with lots of details ... 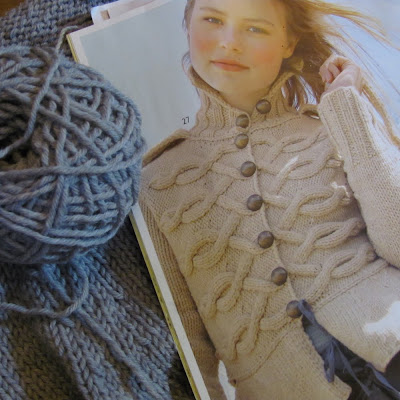 the "braid" is actually cable knitting :-) it is in the Rebecca Magazine N0: 43 - Rebecca is a German publication but it does come with an English translation (phew!) I like the styles and the slightly different approach to knitting. I waited for the Bendigo Woollen Mills sale (still on) to get the yarn - a soft bluish grey 12ply Rustic. I've finished the peplum already :-)

And here is a sneak preview of some knitting I've been commissioned to do for a theatrical production due to open in Sydney about March / April next year. Lots of knits, mostly scarves and these are some of the samples. 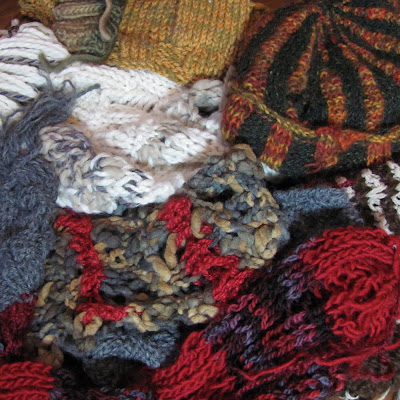 The designer is Julie Lynch - the way she uses and colours and textures is wonderful!
Because most of the characters in this show are really poor people; the knitting has to be tatty, "dirty", holed, poorly fitting, badly knitted ... so folks, those holes and dropped stitches are deliberate ... really !!

This red scarf has even been EATEN! 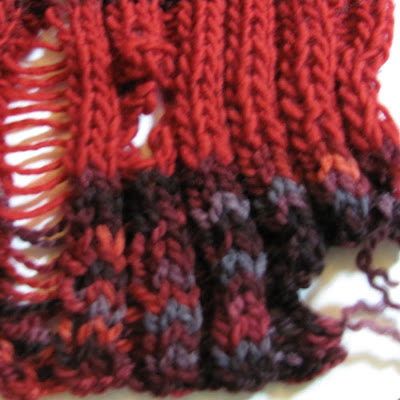