Petite Blythe Dolls - there are now 14 !

A little Dolly Story post today ... because this parcel arrived ...

The first out of the big cardboard box was a red-head ... Zucchini Flower, Julia and Petal rushed to meet her.


A few things to note during the de-boxing -
her feet were tied with ribbon!  so much nicer than wire. 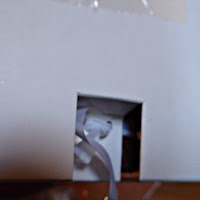 And in the bag with her stand was a Blythe Coin? 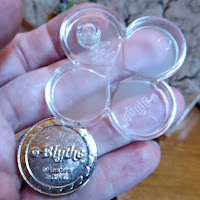 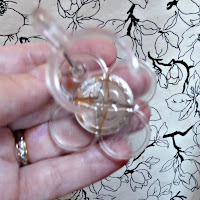 Eventually I figured out that this wasn't a bribe or special prize - but a weight for the stand - this little petite has a rather heavy costume.


Because - she is a squirrel.
Takara released "Squiggly Squirrel" in February 2008 - already 8 years old 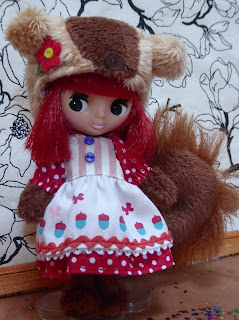 Cecilia because it is the most sibilant name I can think of, Squiggle after the Wendy Boston squirrel I have had since I was a bub and Ècureuil because that is French for squirrel and a word I find completely unpronounceable.


Love Cecilia's dark eyes & red hair and that outfit is hilariously cute - I even love the tail which reminds me of a prickly pear - only non-prickly!


Meanwhile: little Margaret was talking to someone through the plastic window of her packaging ...

And I'll interrupt the little 'uns here - This doll is a 'Totally Tartan' released by Takara in September 2003, PBL-22, quite an early petite.
And despite plastic wrapped tight about her arms (it was difficult to remove) the black trim on her dress has stained her shoulders.  These things happen - even when NFRB these dolls can deteriorate - plastic is never completely stable. 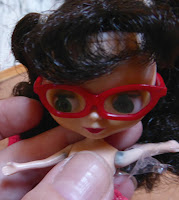 Personally I don't mind, in fact, those stained shoulders helped me find her name ... Fenella MacTavish.  Fenella means 'white shoulders' - and MacTavish because it sounds like swirling tartan & bagpipes with haggis.

Back to the Little 'uns now -

Fenella: "Hello but I'm sorrry you'rre all a blurrr to me - I'm rrreally short sighted ..." 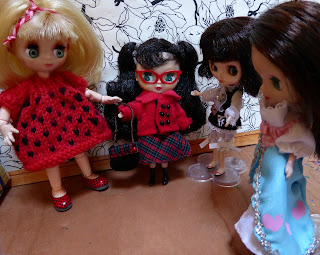 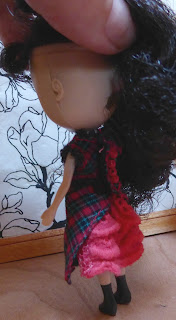 And we'll leave the girls to their introductions while I show you some of her stock outfit.  She came with a petticoat, dress, red jacket, handbag and glasses - the boots are painted on.
I love the way the dress is cut-away at the back to reveal the red lace frills of the petticoat - it also has red bead 'buttons' at the back.

And here is a portrait of little Fenella MacTavish 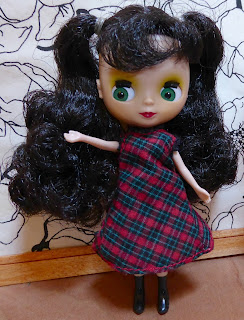 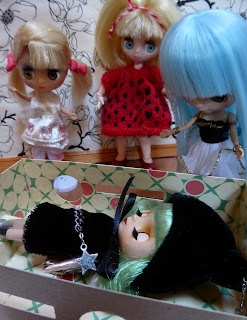 De-boxing ensued and Wilhelmina was delighted to see a girl with 'fantasy hair' ...

Interrupting again - she is a 'Feline Fancy' another Takara release from 2003 - this time from December.  And these petites are notorious for staining from their black outfit ... again there was a lot of hard-to-remove plastic but there is still staining, mostly on her shoulders and some stripes to her pretty green hair. 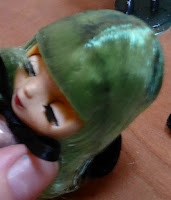 Again I'm not worried about it - was expecting this staining - and again, it has inspired her name.

Because she is a tabby cat I'm calling her Tabitha d'Khat.  Khat is the name of the very clever Siamese cat in a favourite childrens' book - 'Midnite' by Randolf Stow. 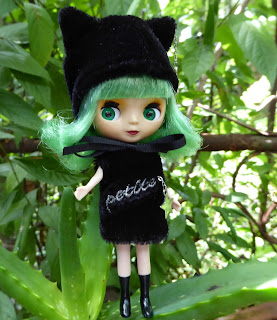 Although it caused staining I rather like her outfit - the little dress and helmet are black velvet - decorated with silver stars on chains and the dress has petite embroidered across the front - the boots are painted on.  I also really love her pursed up little smile - just like my daughter's when she was very little - I called it her 'triangular smile'.

Now for some group photos - the 3 new girls: 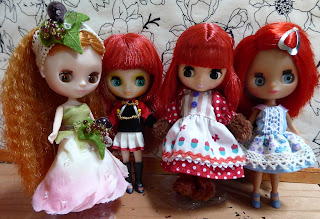 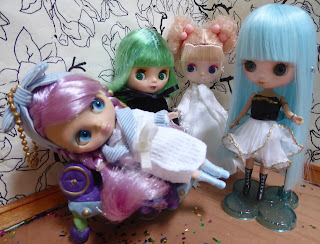 Tabitha was worried: "Is she ill?"
Chloe: "Nah! Viccy is just a baby, she is always needing a nap."
Wil to Viccy: "Would you like a glass of milk?"


Perhaps I have a 'thing' for petites with green eyes & red lippy? 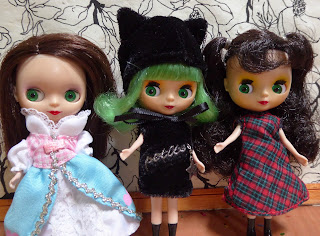 Vivien Lee is a Rosie Red keychain version - so not sleepy eyes and as you can see, her eyelashes are quite different, her lips are also slightly larger, Tabitha's lips are darker and look a bit smaller even than Fenella's ... giving her that 'triangular smile'. 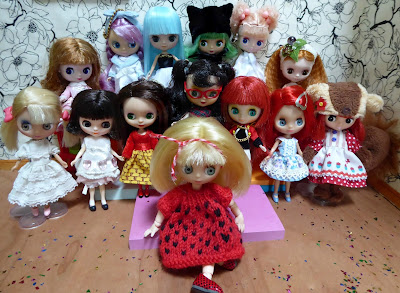